It is my first Sunday here so I was keen to find a church to attend. A quick Google search turned up very little but the one that attracted me was the Frälsningsarmén i Luleå, the Salvation Army in Luleå. I have never visited the Sallies, so this was going to be an adventure. By 4:00pm it is pitch-black here so this was going to be a fifteen-minute walk in the snow, 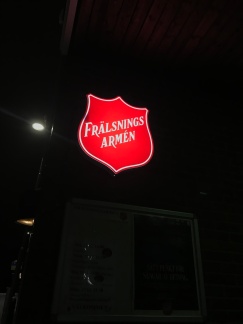 I was not disappointed…and I had so much fun.

Once inside, out of the snow, I talked to a few people but found only one who spoke English. Svenya, also known as Christina or Trish explained that she has lots of Facebook friends overseas who just call her Trish.

All through the service, she helped me with hymn numbers and Bible verse references….because the whole service was in Swedish. 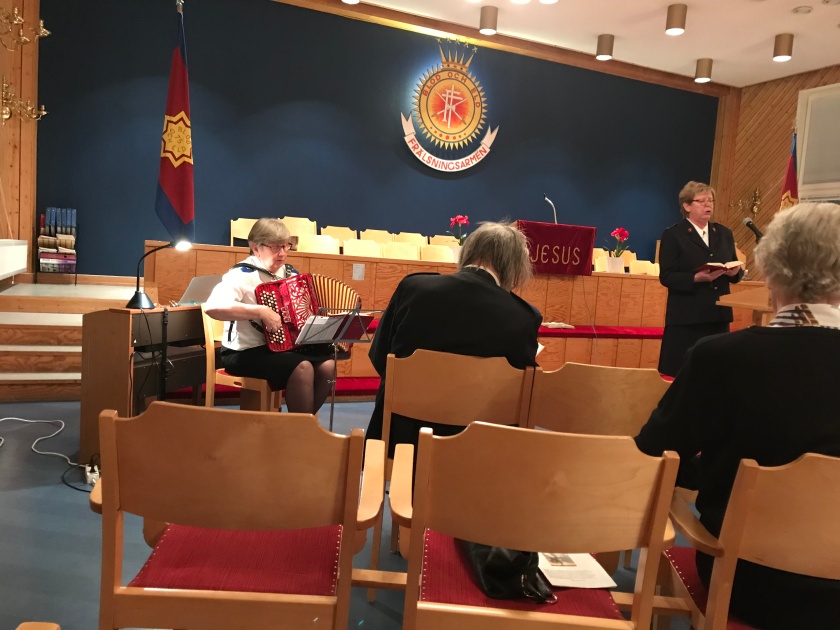 The service was a delight. No matter that not a word of English was spoken. I picked up enough “Amen’s”, “Hallejujah’s” and “Jesus’s” to follow along.

The officer with the accordion led the congregation of only seven in loud, cheerful hymns. Before each hymn started, she showed me using her fingers what the hymn number was going to be, digit-by-digit. So I got 1-3-7 hand-by-hand. She also managed Psalm 1-3-9 and Luke 2-0. By the time we got to Hymn 552, 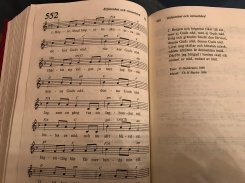 I still had no idea what each hymn meant but later on, I was able to sing along to “What a Friend we have in Jesus” in English <laugh>.

The Sallies have been in Luleå since the late 1800’s . The church has amazing photos around the wall, this one from 1919: 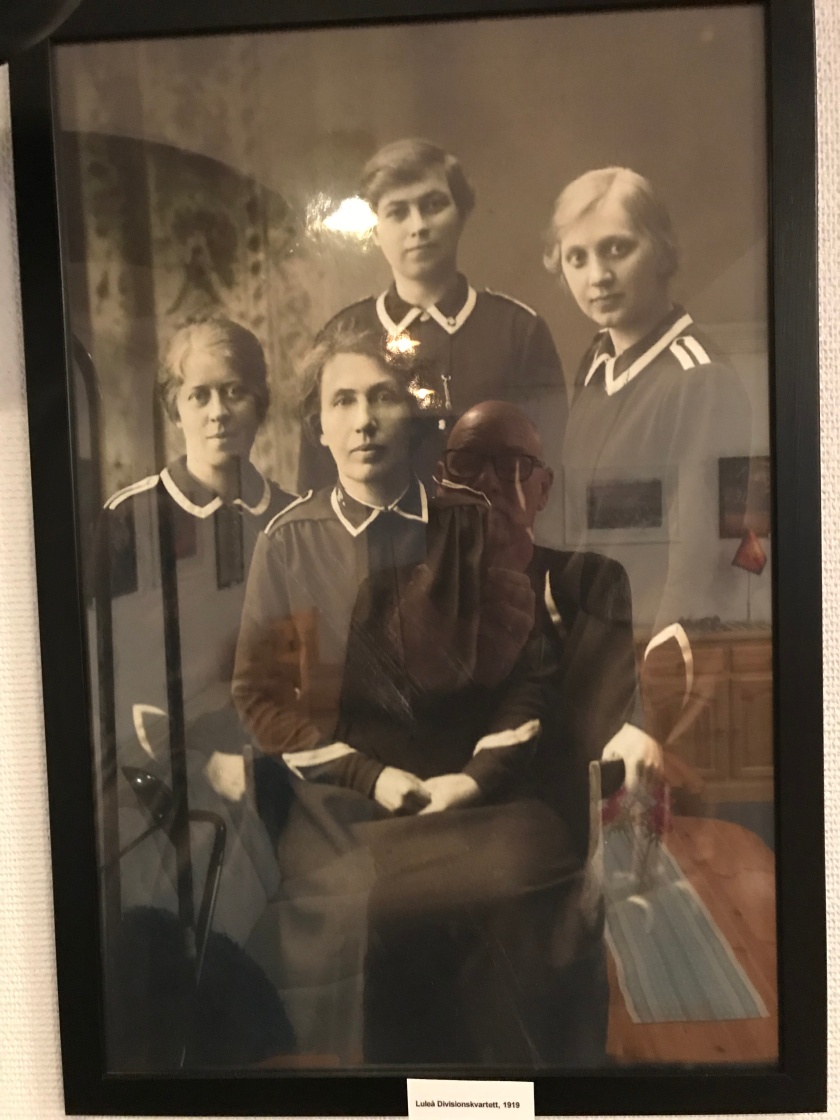 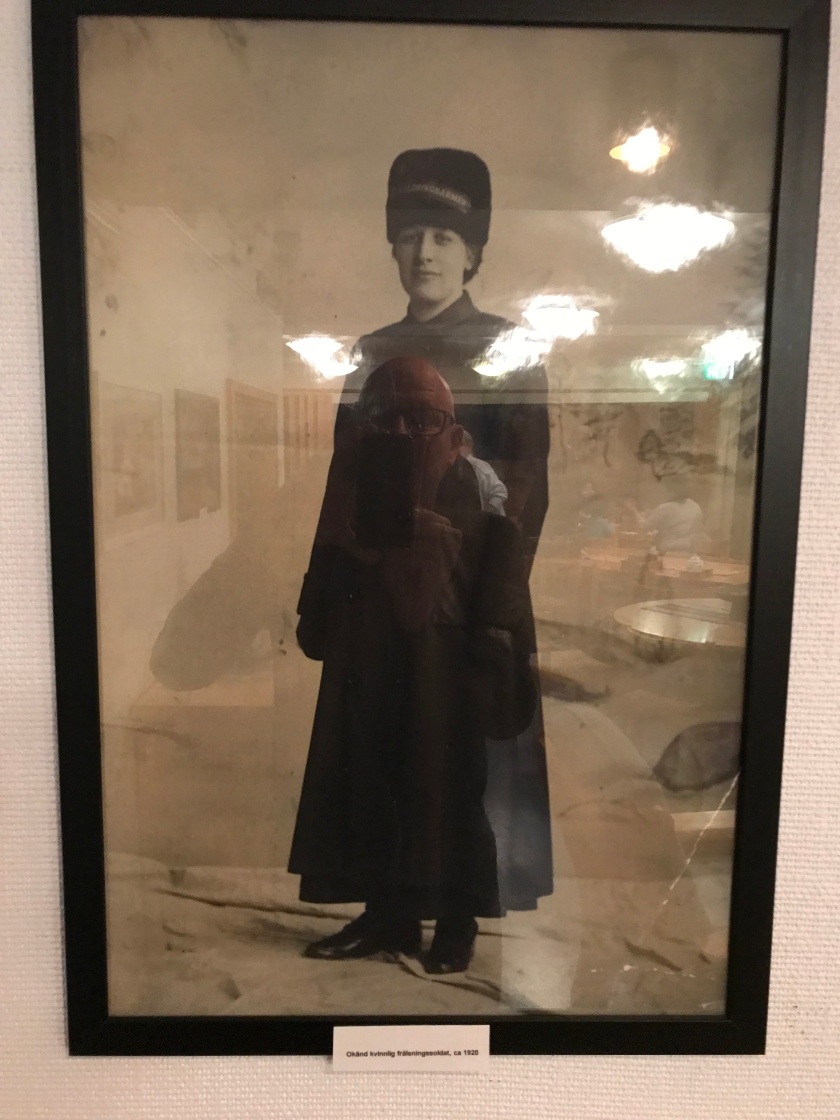 Then tea and cakes with the ladies after the service. The officer at the back was the one playing the accordion and Christina is at the right taking tea to someone. 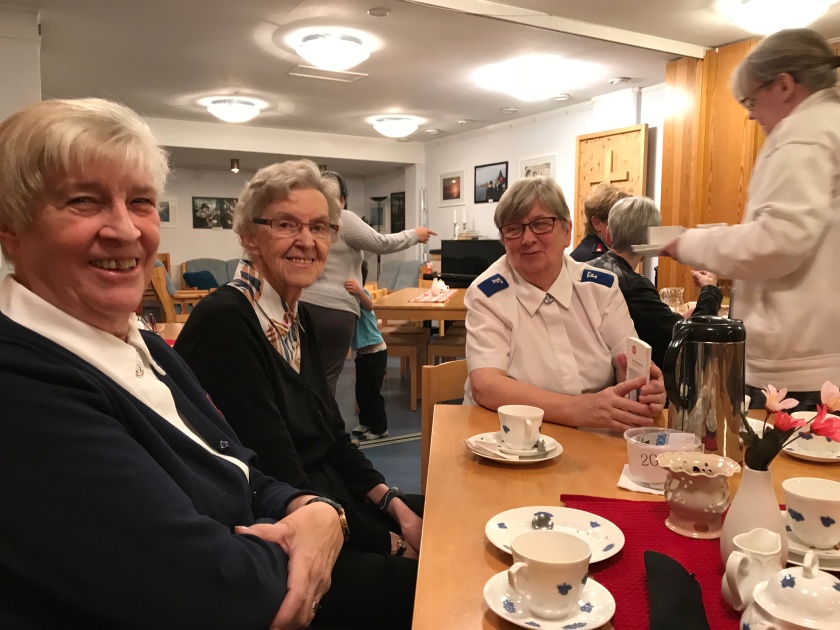