Polar exploration will always be primarily about the pioneers who went there. The diaries of Scott, Amundsen, Shackleton and Nansen are full of their personal experiences and those of their crews. There is a rich source of historical material and amazing photographs that have captivated me for years.

While these explorers have all passed on into history, many of their ships have been faithfully preserved. There are three that are special to me and so far, I have been able to visit two of them. Nansen and Amundsen’s Fram is here in Oslo, Norway.

I did not have any preconceived idea of how big Fram was going to be, only that she was a purpose-designed icebreaker with a massive hull.  My first sight was breathtaking… 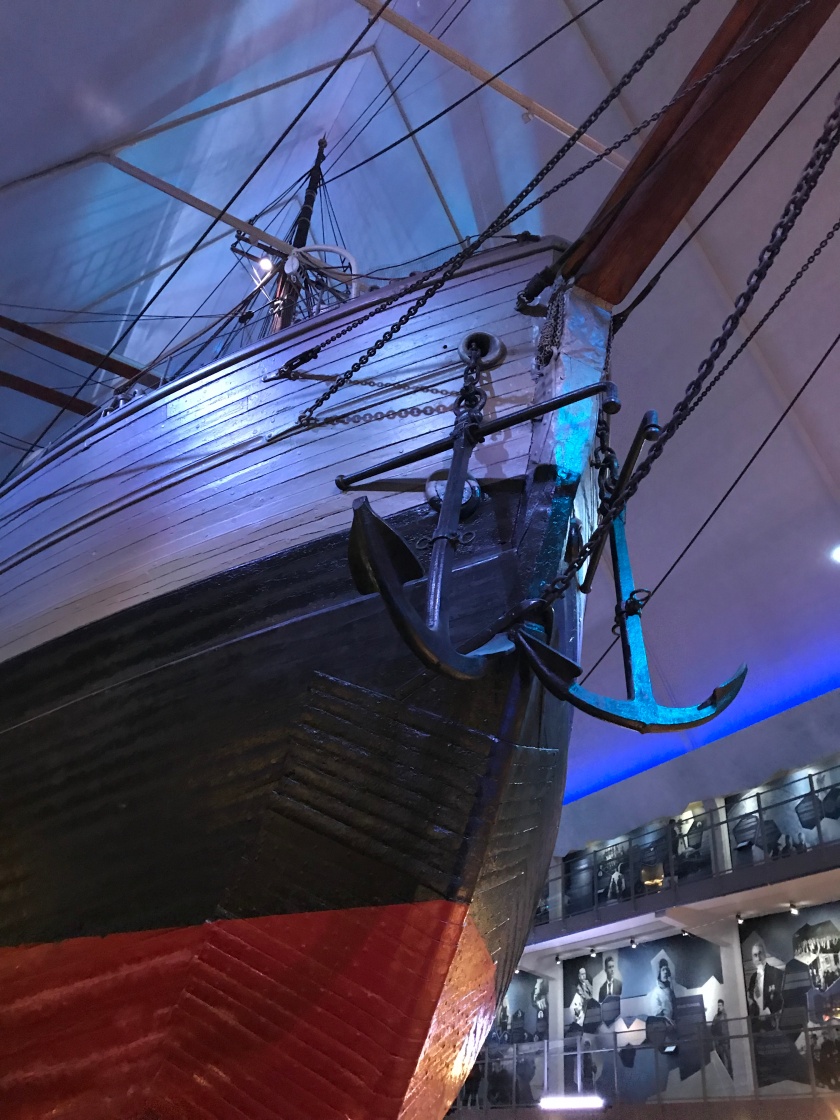 In a similar way in the movie Star Trek: First Contact, Captain Jean-Luc Picard has an opportunity to finally touch a historic vessel that he too has only seen at a distance.  That is exactly how I felt, having read so many accounts of what life was like on board for Nansen and later for Roald Amunsden. To be able to go on-board and actually touch Fram felt just the same. 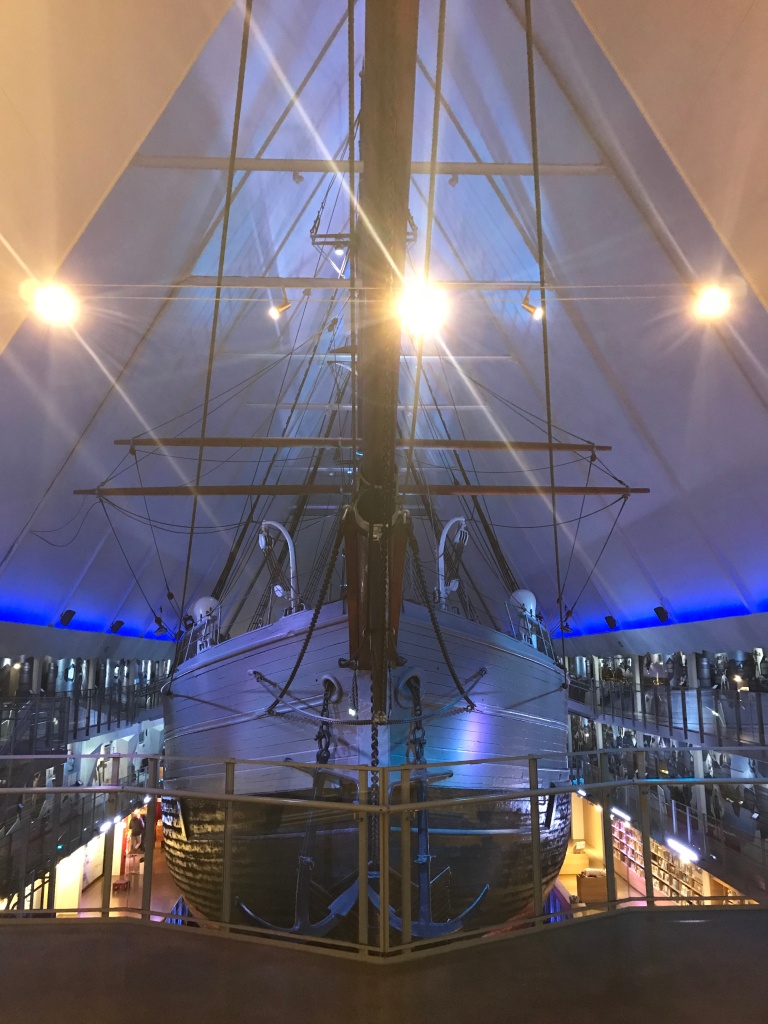 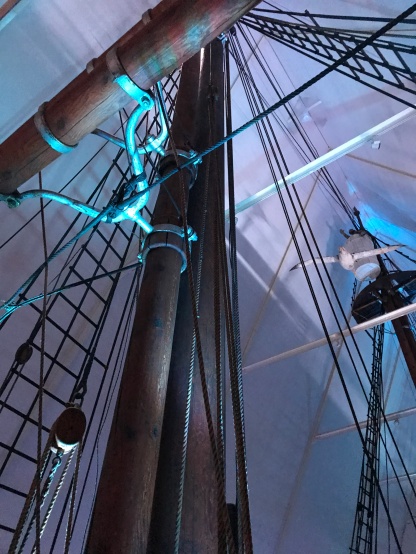 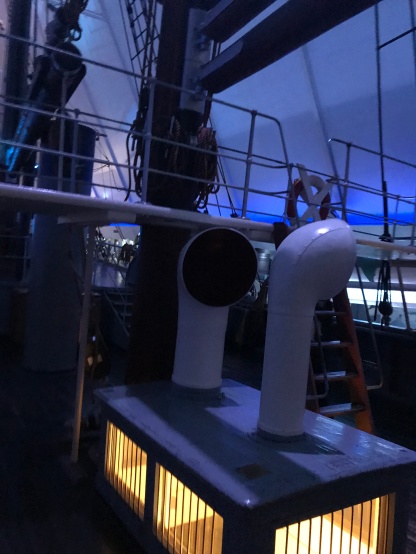 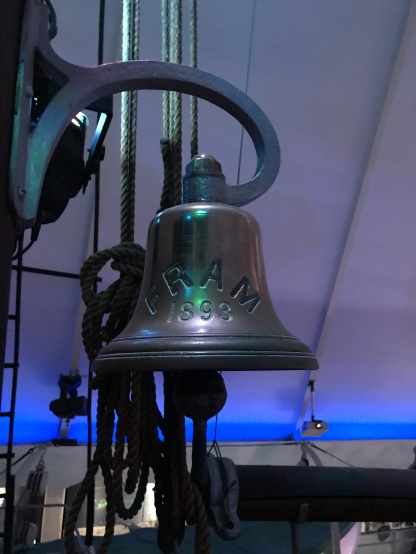 Galley and Wardroom. The gramophone and piano were from Amundsen’s trip

Crew quarters. Baumann and Hassel’s is on the right. 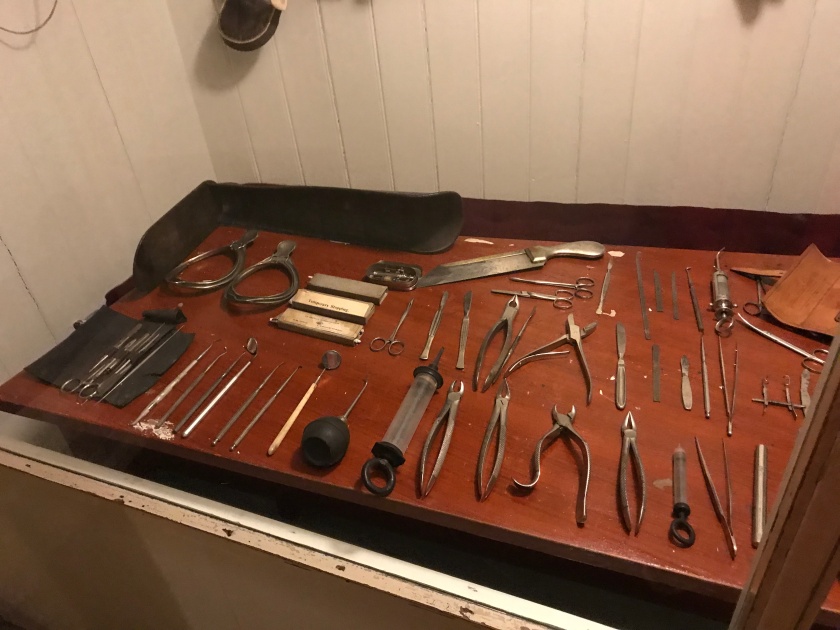 Bow area below the main deck 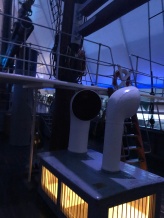 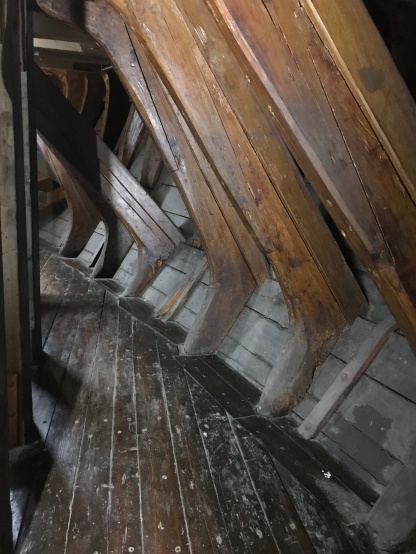 Fram (Norwegian for Forward) is a 400 gross ton, three-masted schooner with a total sail area of 560 m2. Its auxiliary engine of 220 horse-power was capable of speeds up to 7 knots. However, speed and sailing qualities were secondary to the requirement of providing a safe and warm stronghold for Nansen and his crew during a drift that might extend for several years, so particular attention was paid to the insulation of the living quarters. Fram has an overall length of 39 m and a breadth of 11 m, a ratio of just over three to one.

Fram was designed and built by Colin Archer, Norway’s leading shipbuilder and naval architect. Archer was well known for his unique hull designs that combined seaworthiness with a shallow draught. He had pioneered the design of double-ended craft where the  conventional stern was replaced by a pointed one, increasing maneuverability in the pack ice. 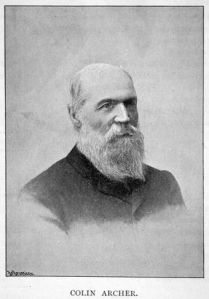 Nansen records in his book Farthest North (Nansen, 1898) that Archer made “plan after plan of the projected ship; one model after another was prepared and abandoned“. They finally agreed on a design on 9th June 1891.

The ship’s most significant feature was the roundness of the hull, designed so that there was nothing upon which the ice could get a grip. Bow, stern and keel were rounded off, and the sides smoothed so that, in Nansen’s words, the vessel would “slip like an eel out of the embraces of the ice“. To give it the maximum strength the hull was sheathed in South American greenhart timber, the hardest timber available. The three layers of wood forming the hull provided a combined thickness of between 60–70 cm, increasing to around 1.25 meters at the bow. Further protection was provided by a protruding iron stem. Some of the photos above show the crossbeams and braces throughout the length of the hull that provided additional strength. 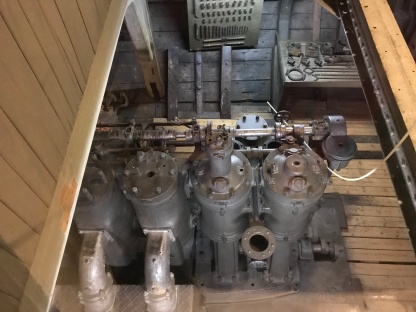