Design is a key part of my research so I love the surprise of tripping over both excellent and awful examples by other designers. So, as I near the end of my time here, these are ones that have come out on top of my list over the last two months: 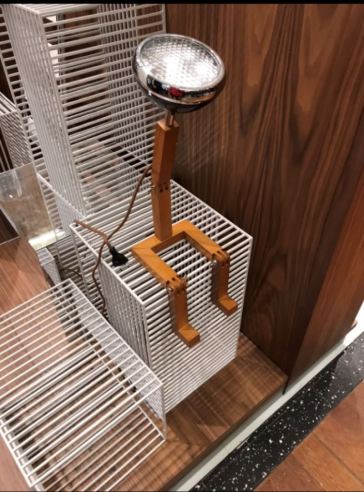 In the Wallace and Gromit films, Gromit has no mouth. All his expressions are conveyed brilliantly via his eyes, ears, face shape and head angle. That makes perfect design sense since dogs do not talk. It is also very funny to watch.

I found this light-headed character in a shop in Oslo. It has no arms but struck me as amazingly expressive. The design felt somehow complete, a minimalist figure that was still fully poseable. More than that, I could easily believe that this character had a story to tell.

One-plus to the brilliant designer. 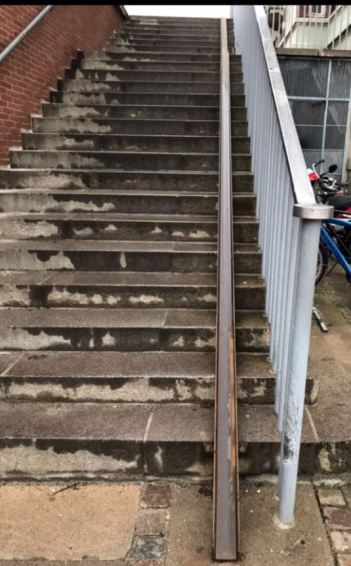 I hope you are not getting tired of my musing about bicycles. I found these bicycle guide ramps in both Stockholm and København.

Instead of bumping up or down steps, you just lead your wheels into the rail and walk gracefully up or down.

Simple, elegant, someone was thinking and they are all around the place rather than being a one-off aberration.

One-plus to the designer and the local authorities for installing them.

The Hour Glass in our hotel shower

There is an hour glass in the shower in our hotel, the Downtown Camper, here in Stockholm. The hotel is what a Backpackers on steroids might look like if someone was given a budget and free rein to do whatever they felt like. There are free longboards you can borrow from reception, free bikes (naturally –  this is Sweden, after all) and running training each morning. They also have fireside chats on the top floor each evening.

So, now that you get the context, it kind of makes sense to have an hourglass in your bathroom. It takes six minutes and thirteen seconds to run through. There are also no heartfelt pleas to save water, towels or whales in the bathroom. Just a simple, brilliant non-electronic hint that makes you smile when you notice it. Even better, you can see it clearly through the shower glass.

One plus to the designer and to the visionaries who created this place. 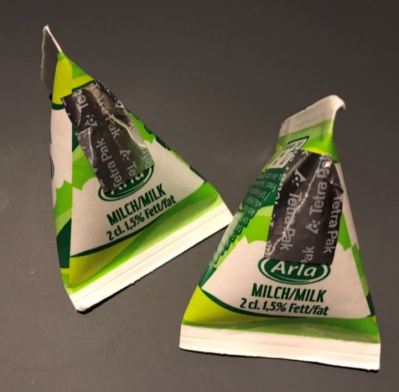 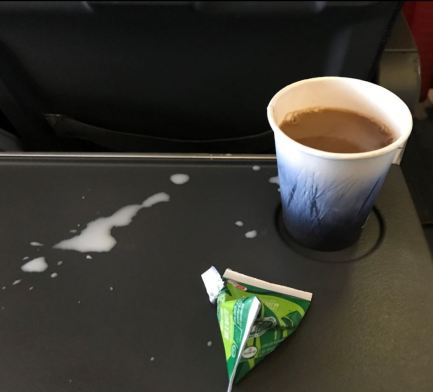 I first encountered these infernal contraptions on a flight to Göteborg. They look innocent enough until you unsuspectingly pull the little silver taper. The result is like pulling the pin on a hand grenade and then not throwing it. My first one sprayed milk onto and then past my tray table to hit the next passenger’s tray table.

The problem is that they contain the perfect ratio of air and UHT milk to create a small bottle rocket. When I tried pointing the next one downwards into the cup, the milk ricocheted off the bottom of the cup and produced a similiar mess on the tray table.

Damp but undaunted, I resolved to experiment later in a controlled environment. That turned out to be the bathroom here in the Downtown Camper. The room was quite cold but pricking a milk grenade with a pin revealed that the darn things are pressurized, even at sea level !!!!

One minus to the Swedish Defence Department for allowing an experimental military-grade incendiary device to be released onto the local weapons black market.

But..One plus to the designer for creating so much entertainment for those in the know: I now watch to see other people on flights encounter these for the first time…and giggle silently, wickedly, each time….

2 thoughts on “Sweden: four pluses, one minus”