Early the following morning after our trip with the huskies, Jane and I are getting fitted out for our next exploration. This time we are being much smarter. Our guide Mattias is checking each person in our party, making sure boots, mittens and coveralls are all the right size. “Yes”, he agrees with me “it is still baby-winter out there but it can get cold very quickly where we are going. I want you to have fun; you don’t have to get cold with it.” This guy immediately gets my vote as the  #1 tour guide so far; there is no rush, get it right… 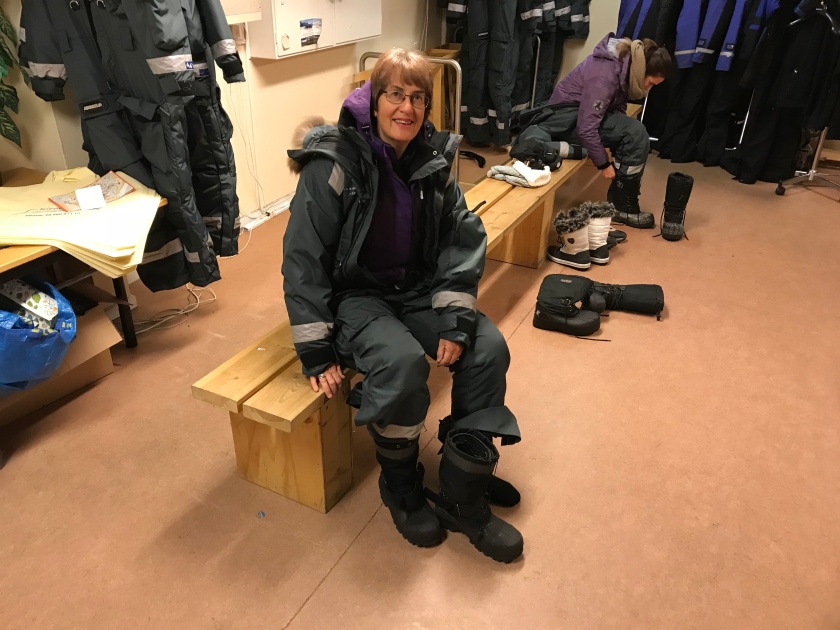 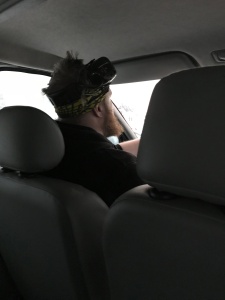 Soon after we leave, Mattias is still getting to know everyone. He only takes these tours a few times each week. The rest of the time he is driving the biggest, meanest model of Volvo dump truck in the iron ore mines at Kiruna. His truck is the heaviest made so far, carrying 90 tonnes of raw iron ore with a new custom Volvo design and drivechain. Jane and he swap truck stories for the rest of the drive; what else did you expect <grin>?

We are planning to ride Ski-Doo’s through the forest and tundra to visit the IceHotel on the Torne River. The Ski-Doo is apparently iconic here; since the 1950’s, the Canadians have claimed it as one of their greatest inventions. Mattias shows us photos of his personal one. He is grinning just as wide and enthusiastic as any bike rider or jetski enthusiast I know. The appropriate standard response appears to be much nodding and “ooooo” while he extols it’s virtues. 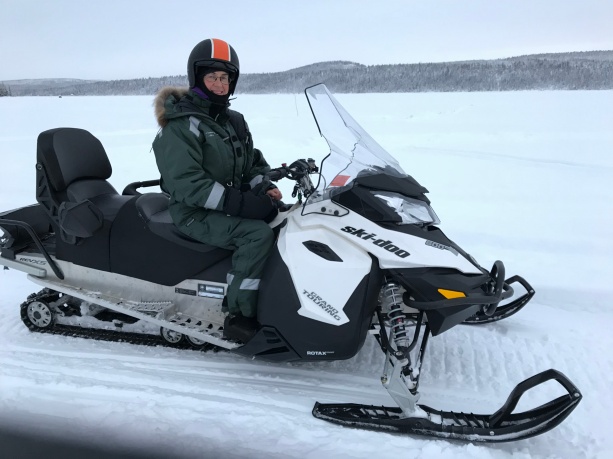 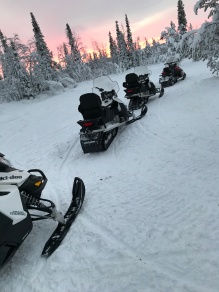 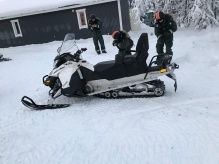 There are six of us travelling today on four Ski-Doo’s. Swedish Marital Tip#1; when your wife is this excited, let her drive first <grin>.

Later on across the plains, we will be hitting 50 km per hour. Apart from getting a cold hand, this would be the perfect mobile camera platform for a real expert. 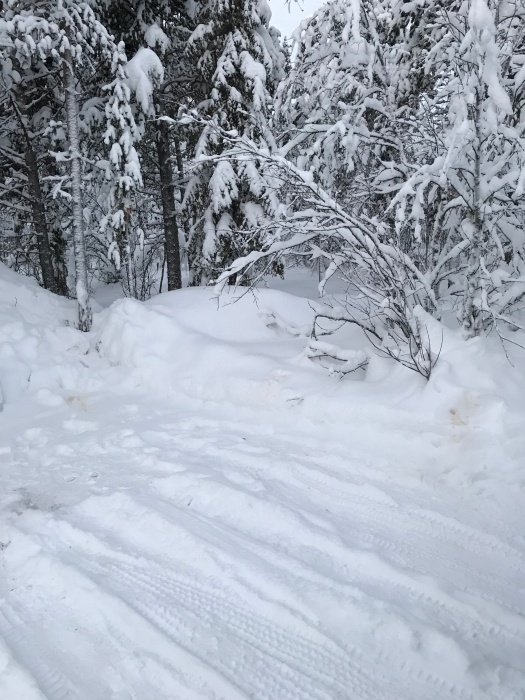 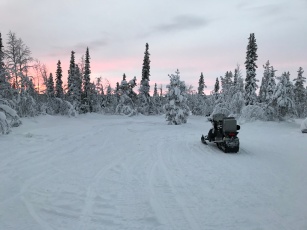 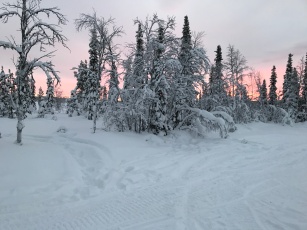 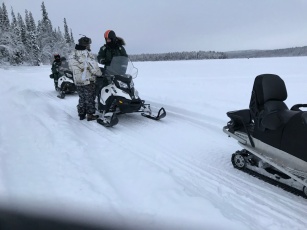 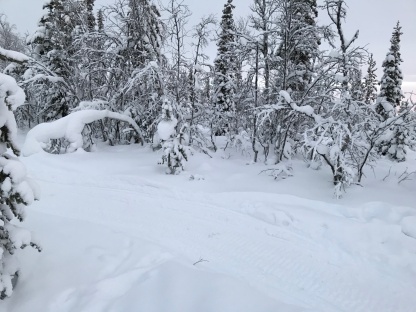 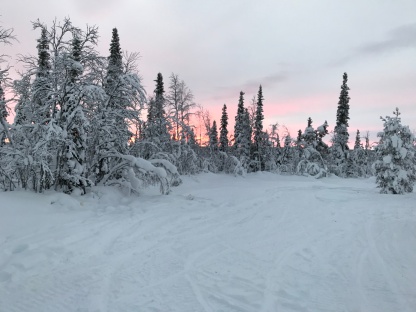 Around fifteen kilometers later, we arrive at the IceHotel. That deserves its own page here with all of Jane’s photos. 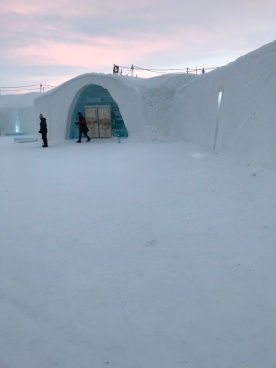 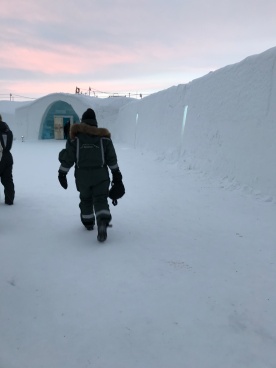 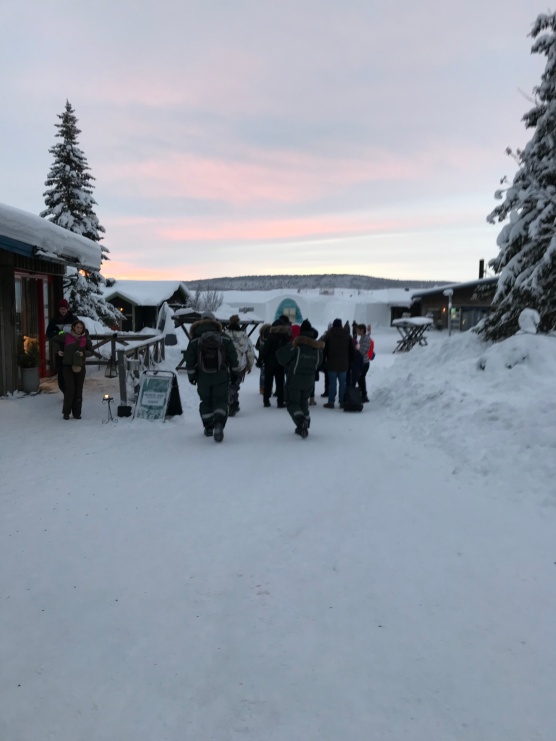 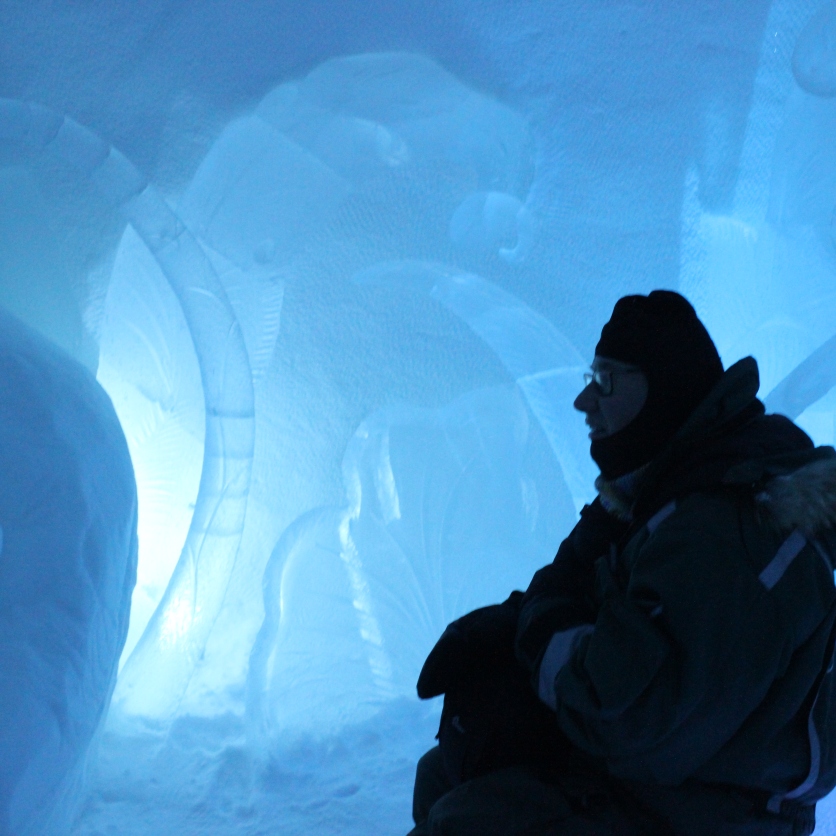 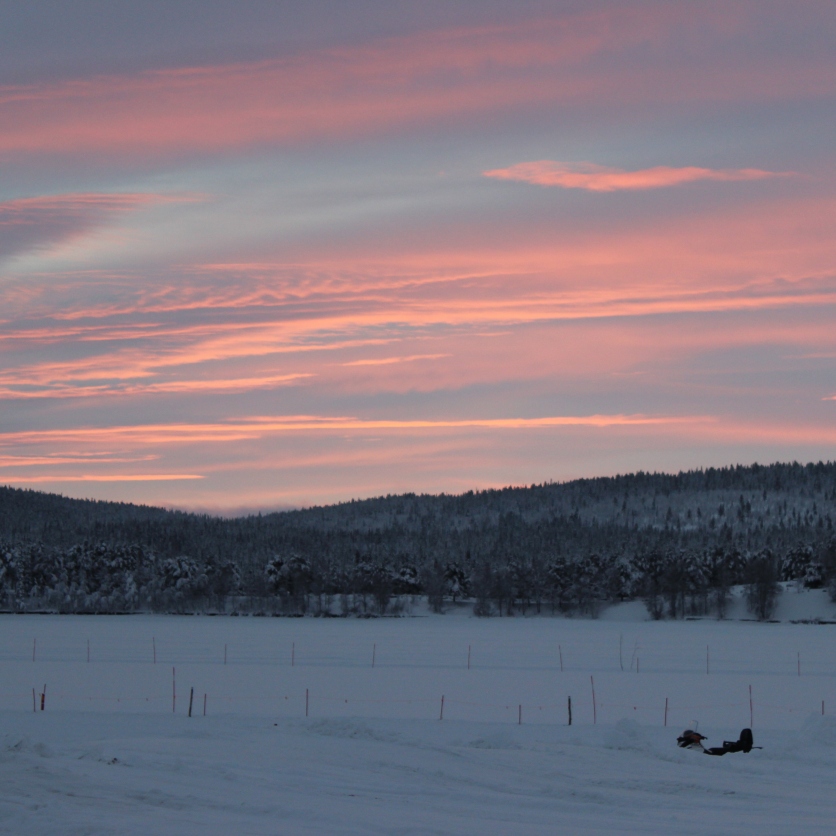 Later, we drove back to where the others were ice-fishing. Unfortunately they had caught nothing but our host had that sorted already –  fish anyway courtesy of Mattias’s home cooking. 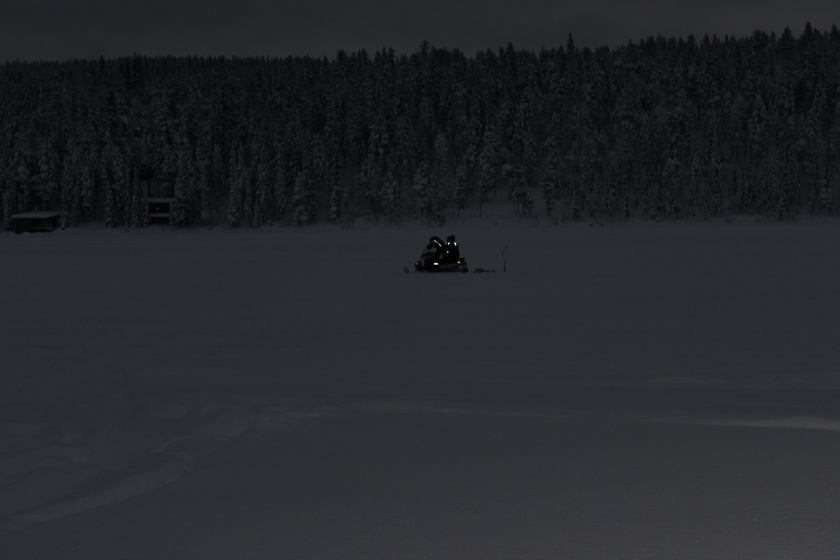 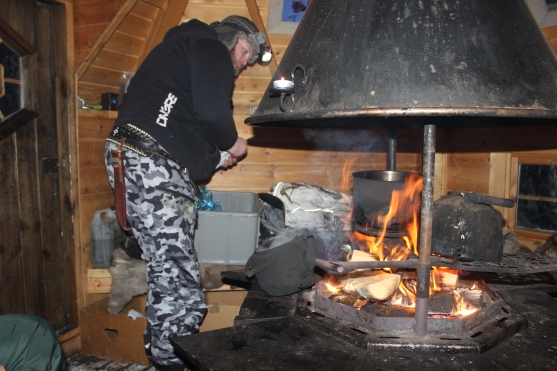 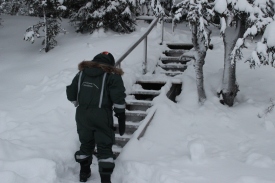 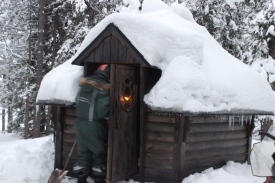 Tea, coffee or this brew made from lingonberries. I had read about them; Nansen made hot drinks for his men in Greenland. Only he mixed it with pure alcohol. “Ah yes” observed Mattias. “Jet fuel….” 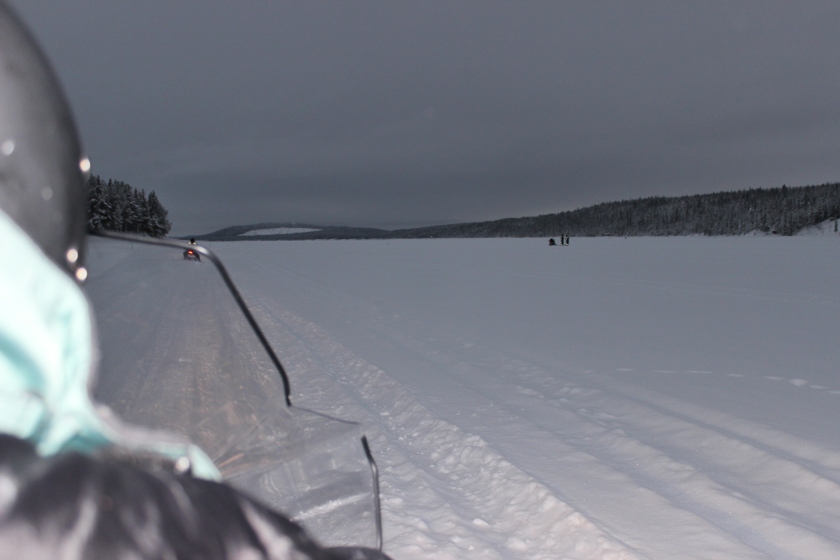 We love this stuff…amazing day and everything was warm.